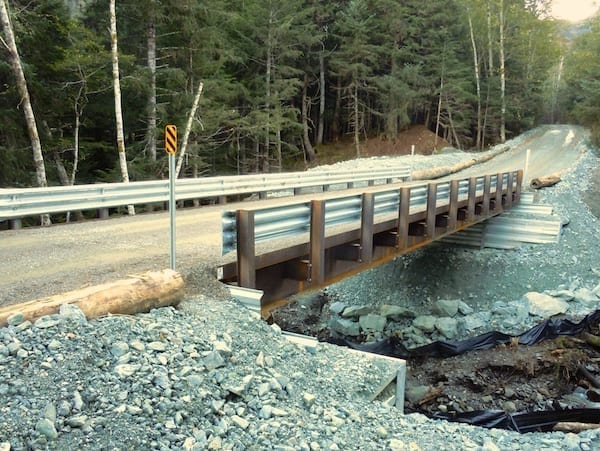 The Kensington underground gold mine and associated milling facilities are located in the remote Berners Bay Mining District, about 45 miles northwest of Juneau. The site, which is only accessible by water or air, had two failing stream crossings in need of replacement.

AIL Mining was awarded the contract to design and supply two Modular Bridge and Bolt-A-Bin Abutment packages to support AD45B underground articulated truck loading. The packages needed to be barged into the site, which was no problem as our modular systems are ideal for shipping to remote sites.

Bridge/Abutment packages install in a week
When Kensington was initially being developed in 2009-10, AIL Mining had previously provided two prefabricated bridges for other locations at this mine site. 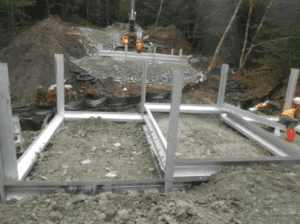 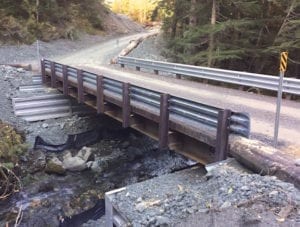 The owner had to comply with US Forest Service requirements, some of which were not known at the outset of the contract. We provided several re-designs of the structures and abutments along the way and we stayed engaged with both the owner and their consultant to keep the project on schedule. The two crossings, one 65′ and one 45′ were installed in a week and no concrete was required.

An AIL Mining Representative has since visited the site and the owner is very pleased with how the project turned out.